In French, Ansible can be pronounced as "en cible," meaning "in target."

If you have been doing a bit of Ansible, there is probably some coding style that has emerged from your work, especially if you work in a team around the same code. During my time as an Ansible developer, I had the opportunity to collect some tips I use on a regular basis when writing scripts. These tips will probably help you save some time.

I assume that you already know Ansible, Playbooks, YAML syntax, and the roles of Ansible Galaxy.

It is possible to run Playbooks or Tasks without ever naming them:

This log is not particularly interesting. We can probably do better.

It's much more readable. To do even better, you can add more DEBUG information in the Tasks names, such as:

As always, the message should contain as much information as possible to allow the developer to DEBUG in case of error. I always try to do that so that future analysis is easier to do. You never know; you might really be in a hurry next time you want to understand why your code fails.

2 - Use the YAML syntax, not the Ansible one.

With Ansible, you can use a mix of two syntaxes when writing code. Either pure YAML:

...or the hybrid YAML/Ansible syntax:

These two examples are identical in terms of Ansible description. In the first case, Ansible will parse the YAML document and then run the code. In the second case, Ansible will also parse name=testuser1 state=present groups=wheel before running the task user. This syntax is useful but forces you to do some intellectual work (= or :, YAML or inline, ...) before being able to write working code, especially when it is complex.

My suggestion is to use the YAML syntax every time, avoiding the = syntax. It will help you detect errors earlier, and make your Ansible code easier to read.

With some practice, it also becomes easier to write than the usual Ansible/YAML mix.

Always use the YAML syntax.

Ansible supports variable overriding according to where it finds their declaration. In the official documentation, the priority of these declarations is as follows:

As you can see, the list is rather long and allows you to override a variable almost anywhere. This means that you have to be careful:

I tend to use group and role variables as much as possible before resorting to other declaration levels.

I also try to document these settings (for example, with a real life file):

This way, when I come back to this code, or if anybody (such as you) reads it, it's easier to understand how it works rather than switching between roles and variables all the time.

Try to minimize where you declare your variables.

4 - Use asserts to validate the parameters.

With the documentation you've just written, you can check the parameters before using them and avoid many pitfalls. Not running things that will break down is a good thing to do.

As always, write meaningful error messages. There is a huge difference between a generic error message printed by Ansible and something you might have written yourself such as: 'version' must be a number and > 0, got "coucou".

Use assert to bail early in case of error.

The default stdout Ansible logger is pretty awful. It lacks useful timing information and takes up a lot of screen real estate. That's why I'd like to suggest you try an alternate logger:

I am the author of this logger and here are some of its features:

Don't forget to see what's new on the internet.

If you use open-source code, contribute back, please.

6 - Write roles in a product-oriented way.

As soon as you start writing an Ansible role, it's very tempting to put everything inside the same role in order to have some kind of reusable toolbox.

You actually need to separate role content by technical object: one role for MongoDB, one for HAProxy, another for Tomcat, and then use the playbook-provided glue to assemble and describe the behavior you are looking for.

This segregation allows you to merge together all the administrative tasks you might need for a given component: installation, configuration, startup, halt, update, maintenance...and only for this component.

If your code needs to act on another technical component, try to move it to another role as soon as possible. If you really need to orchestrate these tasks from a role, write a role whose sole purpose is to call other roles' actions.

The goal of this separation is to lower the dependency between the roles and the technical products, lowering the number of variables needed to run it. In the end, this will allow you to reuse roles much more quickly, which is really what we are looking for.

A role must only handle a single technical component.

Write an abstract role to call the technical ones when needed.

7 - Use the same role for several operations.

Technically, a role presents a single entry point, its tasks/main.yml. Because of this design, one might think it's difficult to have a role accomplish several actions (without using tags, cf below, or includes).

And still, there is a way to write reusable roles easily, including different unrelated operations.

Using a variable to decide which action to perform, you can have a small operation router inside your role:

set_fact creates variables in your Ansible script at runtime to have a more dynamic behavior. It's very useful. However, these on-the-fly-created variables have several drawbacks, and you need to carefully think about it before creating one:

Moral of the story: be careful with the set_fact that can, like the proverbial poisoned apple, explode in your face at the worst time.

Limit the set_fact to where they are absolutely necessary.

9 - Use tags in moderation.

As soon as you write a role with several uses, it's very tempting to use tags to filter out some tasks at runtime. It works in most cases and allows you to run your deployments using the -t option (or --skip-tags to ignore them).

However, at least two problems can rise when using these in Ansible:

In the end, I strongly encourage you to use the routing system presented above. It does not use any additional functionality in Ansible and forces the role developer to clearly separate its role functionalities. Tags will be reserved for the interactive use of Ansible in CLI, as opposed to the one driven through a script or an orchestrator.

Use tags, but wisely.

Thanks to a very simple overloading model, it's possible to give Ansible an ansible.cfg in which you can reconfigure parts of Ansible according to your needs: for an alternative hostfile (no need to -i myhosts in CLI every time), to remove the useless .retry files, or anything else. You can just create an ansible.cfg file where you run your playbooks so that Ansible can automatically fetch and merge its content with the global configuration. The precedence order is as follows:

Together we saw that the regular use of Ansible allows the emergence of good practices that will make using this tool easier every day. These tips are obviously extracted from my own personal experience and chats with developers. I probably over-simplified some of these things and forgot others. Let's recap together:

What about you? How do you use Ansible? Have any tips to share? Now it's your turn! 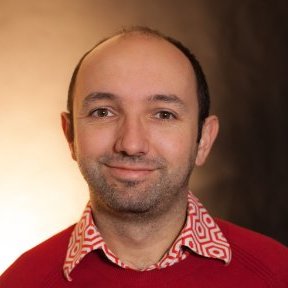