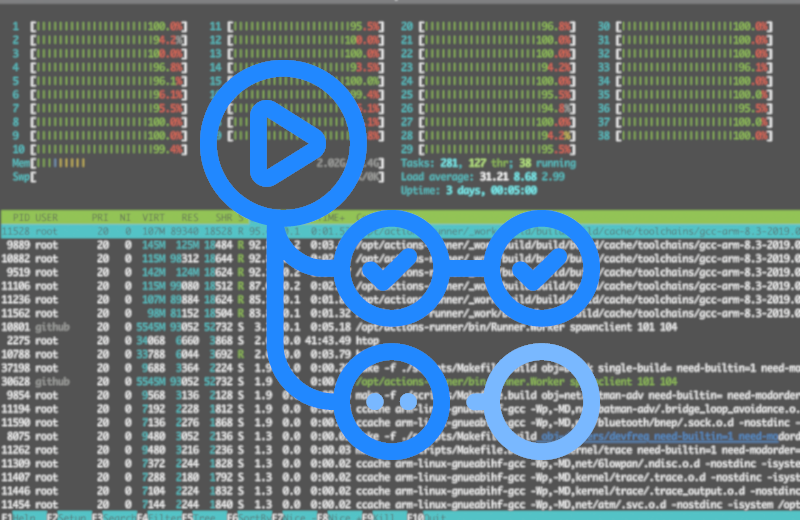 I contribute to Armbian, a Linux distribution for 120+ bespoke ARM-based Single Board Computers (SBCs) such as the Odroid XU4, Libre Computer Le Potato and the Orange Pi 3.

Early this year, we introduced rudimentary CI testing with some basic integration between Jenkins and GitHub. Recently we chose to switch our Jenkins CI to GitHub Actions.

The Scope of Testing is a Challenge

We need to be able to build and test against those different configurations as contributions are submitted.

Why Switch to GitHub Actions

We were running Jenkins off of my home internet connection. Occasionally it would go off-line, crash, or I would need to do other system maintenance. Project maintainers are all over the world, so we needed to improve our uptime.

The integration plugins for GitHub were okay, but not intuitive. Given that GitHub actions are native to GitHub, we hoped integration would be simpler.

Runner configuration for Jenkins quite antiquated. The defacto method is still SSH-based, where the controller connects to client. This makes it difficult to distribute runners as SSH access is required. A beta websockets version of the Jenkins client has been recently introduced, but we didn't test it.

The CI testing needs for Armbian are a bit unique. Since it compiles linux kernels and cross-compiles Debian packages, we have a need for large compute resources. The more cores the better.

The project doesn't have much sponsorship, so 40 core VMs in the cloud would not be a cost effective solution. Instead we leverage on-prem compute resources of the project maintainers' personal workstations and servers.

Caching is critical as the toolchains alone are 14G in size. When building full system images, we need to cache filesystems, kernel packages and more. This makes ephemeral instances impractical without complex volume management to keep tools and caches current and available.

A test on a clean uncached 4-core EC2 runner takes over an hour to run, whereas a test on a properly cached 40-core runner takes less than 10 minutes.

The runners consist of an Ubuntu VM with a few basic dependencies and the Github Runner installed.

I found a very helpful role on ansible galaxy that handles the runner installation, queries the Github API for access and attaches to the git repo.

I made an ansible playbook to install docker, create a privileged user account for the GitHub runner, and apply the GitHub actions runner ansible role.

Fortunately our Jenkins CI-testing was primarily a library of bash functions. This made migrating fairly simple.

We created an action workflow consisting of 2 jobs, shellcheck and and compiling a changed kernel.

Notice the shellcheck job does not have a self-hosted label on its runs-on parameter. Since shellcheck is just a linter, we were able to use runners provided by Github.

There is a shellcheck GitHub action, but it was difficult to limit testing to the file globs we wanted to target. Manually running shellcheck proved to be simpler and more flexible.

The second job uses our CI library to test building an SBC kernel based on the files changes in the commit. This job runs on our self-hosted runners.

Since configurations for all SBCs and SoC families reside in the same repo, we approach testing as a monorepo. The test target is dynamically determined based on what files have changed.

I adapted the code from slimm609's monorepo-gitwatcher into shell functions that identify files changed that correspond to SBCs and SoCs. The list of changed files is captured into vars for later processing.

The list of changed files is scored against a dynamically generated list of build targets. If there are no matches, a default value is used.

Once the target is identified, the build is executed.

Our next phase of CI/CD Jobs involves GPG signing packages and uploading artifacts to our mirrors via rsync-over-ssh.

Since we consider our runners to be untrusted hosts, having the secrets stored on the filesystem was also unappealing.

The compromise was to encrypt the secrets with ccrypt and store the encrypted files on runners selected as designated hosts for uploading and signing. The decryption keyword is stored in GitHub secrets. A little bash scripting magic lets us only store the decrypted values in memory, and never on disk--or on GitHub.

eval $(ssh-agent) causes the script to launch ssh-agent and automatically export the environment variables ssh-agent outputs during runtime. These values are needed for an ssh client to use the agent.

The ${{secret.variable}} causes GitHubb actions (not bash) to perform a substitution during run time. The secret is automatically obfuscated by GitHub actions.

The <(command) redirects the output of a command into a file descriptor so a command can read it as a file stream, despite only being in memory. Additionally ssh-agent only stores private keys in memory.

Rsync uploads the test file via ssh because of the user@host: syntax. The ssh-private key is automatically used from ssh agent.

A workflow must exist before a worker can be added

The GitHub Runner ansible role was unable register to a repo that had no actions configured. First create a simple GitHub actions workflow and commit to repo. Once a basic workflow exist, a runner can be added.

The GitHub Checkout Action requires the runner to have Git v1.18 or greater, otherwise it falls back to using the GitHub rest about to download a tar of a repo. This can be problematic, if your CI testing depends on reading information from an actual git repo. Our runners use Ubuntu 18.04 LTS, which comes with Git 1.17. We install a newer git from a PPA archive during runner provisioning as a workaround.

I was unable to find straightforward information about the filesystem topology and the workspace environment. My checkouts landed in weird paths with redundant names such as /full/path/to/workspace/repo_name/repo_name

Access control does not seem very robust. Large organizations may want to stick with older more-proven platforms such as Jenkins.

It's been great to get quick feedback on Pull Requests without performing manual testing. The improved uptime with GitHub actions has also been beneficial to giving our CI testing credibility.

We look forward to enhancing our CI system, with more distributed image builds, testing running images against actual SBC hardware, and creating dashboards to track the trends of our challenges and successes. 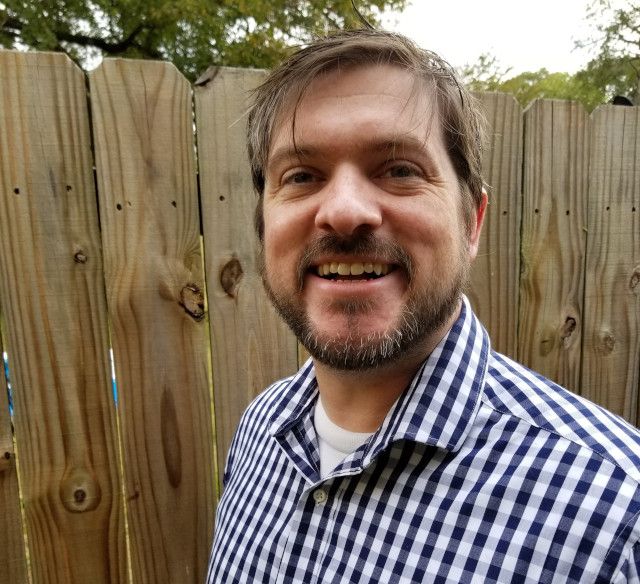 Lane Jennison
Lane is a Site Reliability Engineer Consultant with Ippon Technologies. He is passionate about Linux, Ansible, and Hashicorp tools
Richmond, VA
OUR COMPANY
Ippon Technologies is an international consulting firm that specializes in Agile Development, Big Data and DevOps / Cloud. Our 400+ highly skilled consultants are located in the US, France, Australia and Russia. Ippon technologies has a $42 million revenue.
USA Website LinkedIn
Previous Post