My First Week at Ippon

My initial phone interview with Ippon went well. I spoke with Preston, who asked me about my experience and what led me to where I was now. I described how I was hired out of school to work for a government contractor and how I transitioned into my role as a software developer. I explained why I was interested in Ippon, how Ippon works primarily with a Java stack, how interested I am to continuing working with open source technologies, how Ippon builds and supports open source applications of their own that are free for anyone to use and contribute to. I described how one of the tools that Ippon built and supports, jHipster, would be able to solve a number of the problems I encountered myself that were preventing me from going live with my own e-commerce application. At the end of the phone interview I was glad to hear that I was invited to come in for an in person interview that same week.

I was excited about the location of the Ippon headquarters, the old Lucky Strike building near Church Hill. The building is right on the waterfront of the James River and there are lots of coffee shops and places to eat nearby. When I walked through the door I found myself standing in a huge space, with ceilings that felt like they were three stories high, and the desks and furniture were set up without any dividers between them. I spent my last four years working as a government contractor in a traditional office building with cubicles and bad carpet floors, so I knew immediately that the attitude of Ippon was going to be different than the routine I had grown used to in my last job.

I spoke with Preston when I arrived, and met Dennis, who would be interviewing me that day. I walked through my background as a developer and then I was excited to demo the work that I had done on my e-commerce application. I ran through some automated tests while Dennis and I talked about the stack I was using and my experience with the technologies that Ippon typically uses. I had acquainted myself with jHipster before the interview and I was happy to talk about why I thought it would be useful for a developer with my experience, and how I was excited to learn Angular.js. Before the interview was over, Dennis got to show me a little bit about how the Spring framework’s dependency injection was working in my own application. I hoped that any gaps in my knowledge would just become opportunities to learn if I were offered a position.

I met Romain, head of Ippon USA, after my interview and we talked about the place I was set to move into in the Museum District, how I was within walking distance of Cary Street, and how I planned on getting a membership to the VMFA so that I could see all the traveling art exhibits that came through. Romain was animated and interested when he spoke to me. I left with no question that Romain and everyone who worked with him was invested in the success of Ippon and in the well-being of everyone that was employed there.

As I was not able to talk with Romain for very long the day I had the in-person interview, a phone interview was scheduled between him and I. That would be the last interview before I would have to wait to hear back about an offer. I had an interview running concurrently with another consulting company, but I judged that Ippon was among the elite and that my personal progress might best be served working at Ippon. At last, a few days later, I was given an offer and I was ready to dive into learning the technologies would best serve me when I arrived for my first day. I spent the next two weeks following along with tutorials and playing with the jHipster application.

The Friday before my first week of work I was invited to come by the “Power Plant”, the term they use for their office, after the day was over to hang out with the team. Their workweek had just wrapped up and I was greeted at the door by an excited pet dog and offered a beer. I chatted for a bit before I found my way to the back meeting room where a two on two game of FIFA was being played on a projector (USA vs. France). Again, I was finding things were going to be different between my experience with Ippon and my experience with my former employer. This pattern would repeat itself again and again.

My first day of work flew by. I walked to a coffee shop in Church Hill with Romain and two of my teammates, Jeannine and Kenny. Romain explained to me how Ippon stays involved in the development community, and we like to organize and speak at the local development groups. He said that the key was speaking about something you are passionate about. I speculated on what I might be able to contribute, what I might be able to say.

When we got back I was handed a new MacBook and began setting up my email and my development environment. By noon I was already trying to run a local build of the Tatami application, an open source social networking application that I would be working on for the foreseeable future at Ippon. Kenny helped me get started, described the work that was currently being done on the application, and explained a few of the technologies that were used in Tatami that I had not seen before. I felt like I was running right out of the gates, which was exactly the kind of work environment I was hoping to find when I emailed Ippon a few weeks prior to see if they would be interested in speaking to me.

The Tatami application had a small handful of people working on it, including three students in the computer science department at VCU. I remember the shock I felt when I had to navigate through the size of the first enterprise application I worked on, so I thought it was great that Ippon had students helping out with Tatami so that they could learn all of the things they would need to know if they were hired for web application development in their future. No doubt, I would be learning right along side of them.

I spent most of my first week working on a piece of functionality in the Tatami application. For the most part I was given the reins of how I used my time, so long as I had direction, I was producing, and I was learning something. At any time, someone was always available either on-site or through HipChat, so if I ever got stuck on a problem there was never an issue finding someone to help me. At the end of a hard day of work I would sometimes find a few of my teammates in the back meeting room playing a game of FIFA or crawling through a dungeon in Diablo 3. In this way, the week quickly passed me by.

That Friday, however, ended a little differently than the days prior. At the end of the day, Romain called a meeting with everyone in the company and talked about the direction we were headed and progress we already made. Ippon was expanding (I was the 25th employee), we had ambitious plans to build up a D.C. office, and there was work waiting for us in New York City. I looked around while he was talking to us. Everyone was relaxing after focusing on their work throughout the week. Some of us were holding beers, everyone smiling and laughing, and it landed on me once again that I was far from the fluorescent lit office life that I had grown used to the last four years. After the meeting ended, Romain started the music while everyone chatted and a game of FIFA kicked off.

An hour later, when things had winded down and people shuffled out to start their weekends, I commented to Romain that he was playing a CD by one of my favorite bands, Built to Spill. There was a record player recently set up, but no records yet, so I let him know that I planned on leaving my collection at the office at least until my apartment was situated. That sort of thing would be the story of my first week with Ippon. Of course we were co-workers, but we were also a big group of friends, listening to music, arguing about mathematical paradoxes, and always working towards that one big thing that we were all hired to work on, that we all had in common. 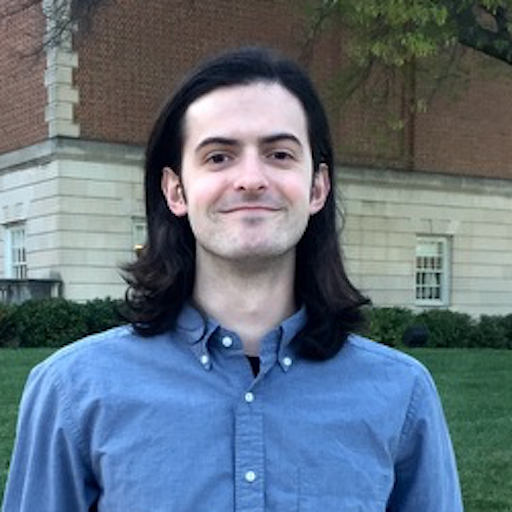 Record Linkage, a real use case with Spark ML