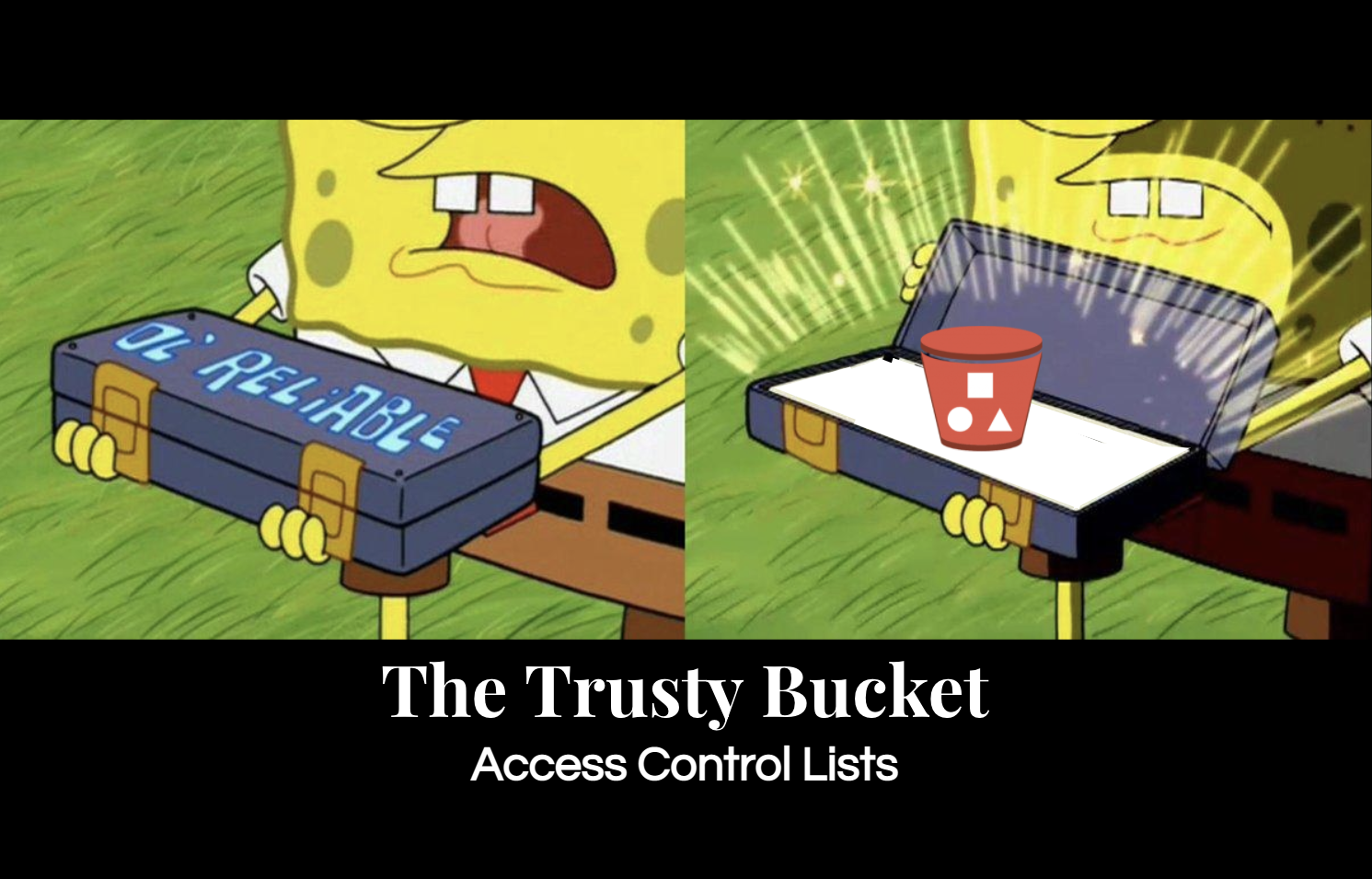 It is a line I have heard countless times. While it is true that AWS's S3 service is a convenient and easy-to-use storage solution, its initial simplicity belies a wide array of configuration options and possibilities that often get overlooked.

This post is the second of an ongoing series about S3 at Amazon Web Services. Today we will introduce the concept of object and bucket security using Access Control Lists (ACLs). Subsequent posts will dive deeper into various aspects of S3 that will touch on considerations such as cost management, security, performance, lifecycle management, and more.

In the end, I hope you will see how the trusty and ubiquitous S3 bucket, while initially simple, gives you plenty of possibilities - and things to think about! - as you add them to your solution.

In the last post, we introduced the S3 service. We created a bucket, uploaded some objects, and examined the attributes and actions of both resources. Ultimately, those buckets and objects are the resources to which we want to control access.

In Amazon S3, every resource has a single owner. By default, only the resource owner can access these resources. Easy enough, right? So what happens when the owner wants to give others access to their buckets and objects?

Based on the section above, access policies define who has access to what resources. There are two ways we can approach this definition: from the perspective of the resource or the perspective of the user. For instance, we can say "these users have access to this resource" or we can say "these resources can be accessed by this user". The difference is subtle but essential. The first example is a resource-based policy because it is attached to a specific resource. The latter example is a user-based policy.

When Amazon launched S3 in 2006, it offered the ability to create resource-based policies to secure access to buckets and objects. Only with the introduction of AWS Identity and Access Management (IAM) were we able to create user-based policies. As such, there are two different ways to control access to S3 resources - the older resource-based approach and the newer user-based approach.

User-based policies are created with AWS IAM. By definition, we cannot use a user-based policy for an anonymous (or unauthenticated) user because the policy must be attached to an authenticated user. The next post in this series will discuss using this approach to secure S3 resources, but for now, here's an example of a user-based policy. It is written in JSON and allows the associated user to perform five different S3 actions on a bucket and its objects. You can attach this policy to a specific IAM user, group, or role.

Every bucket and object is associated with an access control list (ACL) containing a list of grants identifying grantees and permissions granted. You use ACLs to give necessary read and write permissions to other AWS accounts using an S3–specific XML schema. The following is an example bucket ACL. The grant in the ACL shows a bucket owner as having full control permission. Incidentally, this ACL is the default used on any new bucket you create in S3 - it gives you complete control as the bucket owner.

Writing XML is no fun (am I right?!), so, fortunately, AWS provides a list of "canned" ACLs for our use. We will focus on those for our examples below.

Demonstration time! I have included some code snippets below, but if you'd like to follow along on your computer, I have a GitHub repository that contains accompanying scripts for this post. We will start by creating a bucket and some objects.

To test this out, remember that besides just storing our objects, S3 also makes interacting with them accessible through a web interface. Every object has a unique URL. The convention for determining the object URL is as follows:

When we use the curl command-line tool for that URL, we receive a successful response that shows us the file's contents.

That makes sense because we used the public-read ACL on that object. What happens if we try to access an object with a private ACL or even the bucket root?

You guessed it - we get an "Access Denied" message in response.

Our example above shows an object with a public-read ACL in a bucket with a private ACL attached. What if we switched those around and put a public-read policy on the bucket and uploaded a new object?

After changing the bucket policy to public-read and uploading a new object called default without specifying an ACL, we can see if it is accessible. Below is a diagram that shows the authentication flow when using resource-based policies. The only time a bucket policy can trump an object policy is when it explicitly denies access to the bucket. Otherwise, the object policy takes precedence. Next post, we'll add user-based policies to the same diagram. One of the challenges of using resource-based policies is that every resource can have its own policy. What if we had a bucket full of sensitive or secret data that we never wanted to share with the public? And what if our bucket contained millions of objects? Keeping track of all those ACLs would be difficult. What if a developer made a mistake and accidentally put a public-read policy on an object? There are lots of stories of "leaky" S3 buckets causing major data breaches.

The script below turns on the ACL safety switches for our bucket.

The BlockPublicAcls switch makes it impossible to upload an object to S3 that contains an ACL that permits the public any access to the object. OK, that's great, but what about the objects already in the bucket that may allow public access? The IgnorePublicAcls switch tells S3 to ignore any public ACLs at all. In the AWS console for the S3 bucket, we can see that the switches have been toggled to deny any public access via ACLs. We will save the other two items for the next post.

Finally, we can see that even though the bucket and object both have public-read ACLs attached, we cannot access them via the web.

Even though they are mostly made unnecessary by the new user-based IAM policies, understanding resource ACLs is essential. Next time we'll walk through the IAM policies for S3 buckets, bucket policies, and other security considerations. We'll follow that post up with a security best practices article for S3 based on what we will have learned. 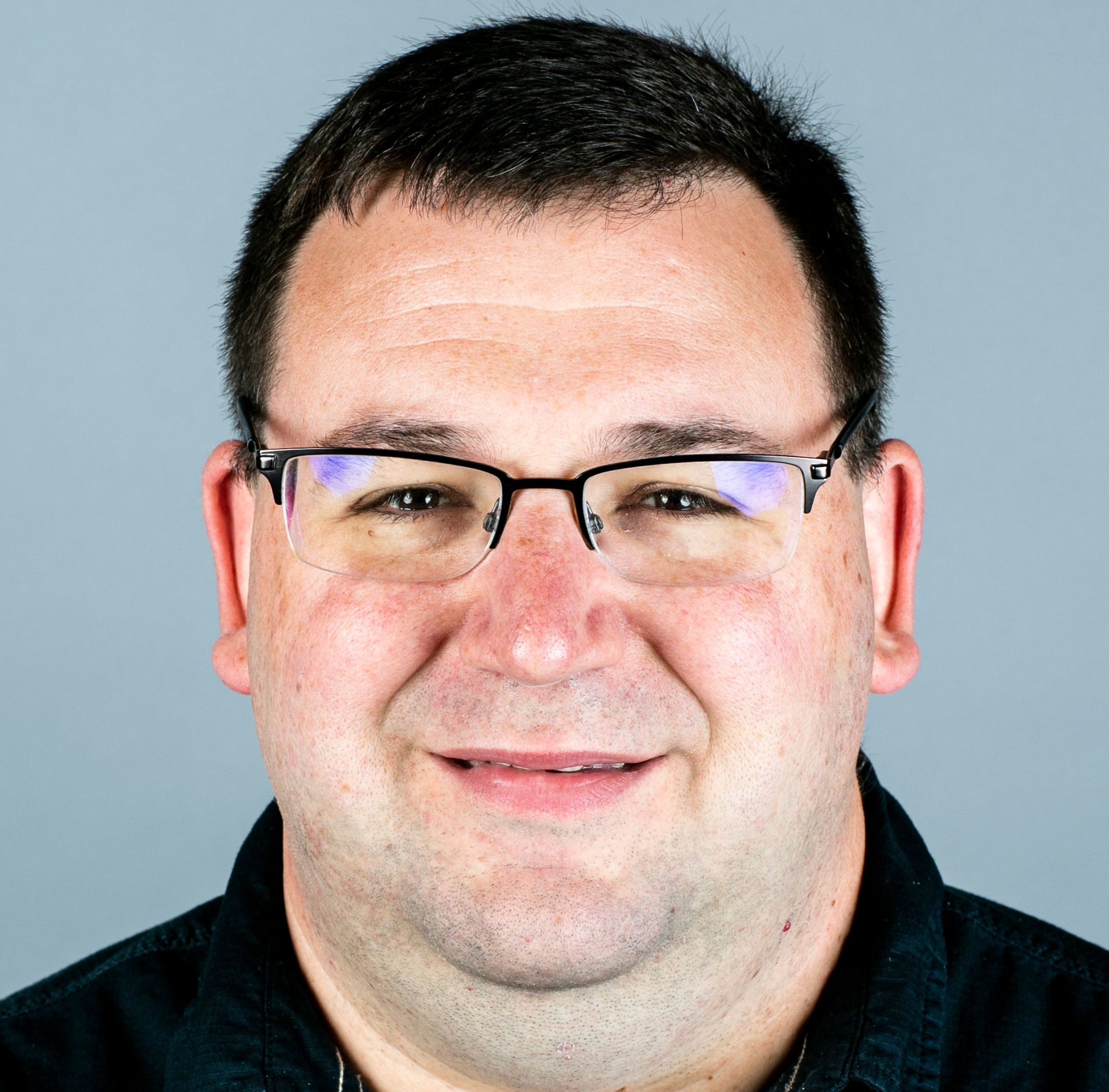 Java 16: An Introduction from a Java 8 Monogamist